Manufacturing and distribution company, Joint-It Ltd, was set up in 2011 by co-founders Martin Fox and Gary Duffy For the first three years, the duo developed and refined their first product, Joint-It Simple, completing their R&D phase and starting production in 2014 from Gary’s homeplace in Ballyglunin, Co. Galway. By Autumn 2016, the company had a direct sales force on the ground in Ireland and the UK, with their first distributor appointed in France. Sales were heading for €1 million, and their paving jointing mortar was rapidly earning a best-in-class reputation among the hardscape, paving and landscaping trade. Personal contact and a strong emphasis on customer service, product training and support, helped the company to achieve listings to become the preferred choice of the pavers and landscapers. Joint-It moved into a 28,000 sq. ft. factory in Milltown, Co. Galway in January 2017, and in September of that year the company exhibited at Marmomac – the largest stone show in Europe, for the first time. By the beginning of 2018, the company had implemented lean production principles seeing production double, five additional staff join the company and distributors added in six more countries. 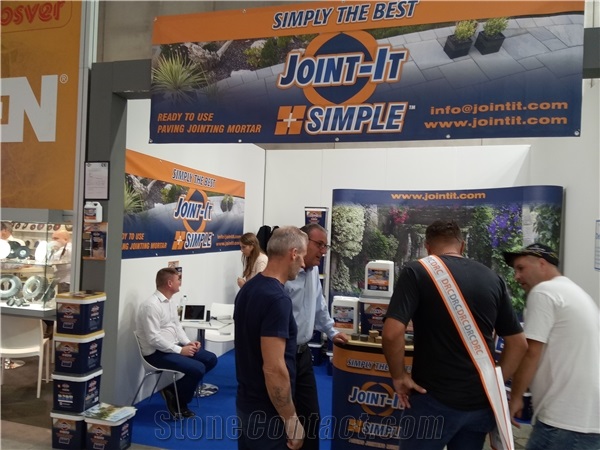 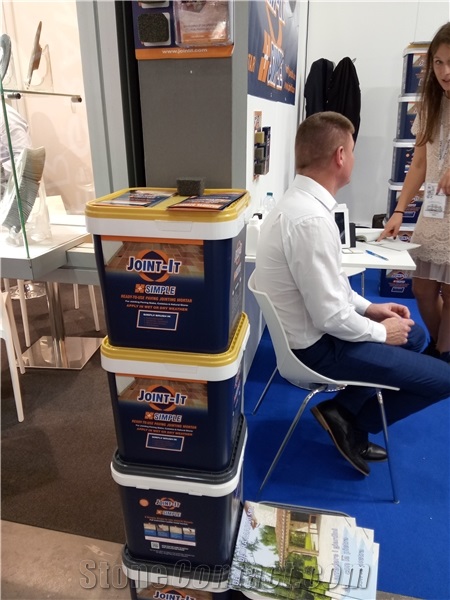