Iran
Addr: Salsal Sang Sepahan, Shams Tabrizi St.,Besat Ave (Former; Dolatabad Road).Isfahan
Established: Dec 31,1968
WebSite: http://www.salsalimarble.com
Company Description
Every step on the way has been a magnificent milestone on the journey which has flourished our life and every morning has been the beginning of an adventure to the heart of the nature in search of natural beauty. That’s how the passion was passed on from generation to generation in Salsali family.
In 1967 Hossein Salsali started with his very first Marble quarry without any previous experience in the industry but with a tremendous amount of passion and energy. The hard work and dedication paid off and just after two years (in 1969) he started to export stones in large Block formats. Only 4 years after the very first step (in 1971) he knew that he is destined to success and the only way was to expand his quarries. He tirelessly devoted his time and effort to his passion which was exploring a magnificent land called Iran in search of nature’s wonders. Over his lifetime he introduced many first in kind stones to the market which some were named after his name, to mention some:”Salsali Green Onyx” and “Salsali Beige Marble”.
While continuously exploring and expanding his quarries, he seeded his love and passion for the nature in the second generation which they joined his journey between 1971 and 2000 and strengthened the family foothold in the industry. They vigorously contributed to their father’s vision of exploring and expanding their quarries. They knew from the very beginning that the next step would be processing and creating masterpieces in their own facilities after holding the most unique and diverse quarries of the country.
The first Factory was opened in 1977 and simultaneously an expansion phase was rolled out across the factory and quarries.
After the Father’s departures in 2009, the sons continued his legacy “Salsali Stones” with the priceless experience of 37 years that they learned from him. Since then the company has never stopped growing, two new production units were added in 2012 and 2013. The growth ultimately surpassed the border as in 2009 Salsali stone celebrated the opening of its fist showroom and warehouse in United Arab Emirates. 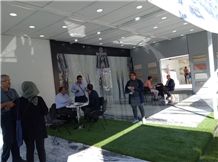 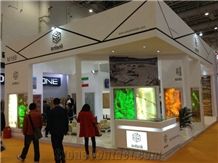